The father who forsakes sin but never abandons in love

In 2017 and even times gone by, fatherlessness is something that has become all too familiar with the majority of society. Whether it be the passing of one’s father or him not being around due to separation or absenteeism, its there.  Hey even if he’s there sometimes its as if he is not. This can really affect us as a people and whether we vocalise it or not it somehow shows in our character.

Men at times do not understand the ramifications of forsaking the responsibilities of fatherhood. I speak from a somewhat personal place in regards to this. However, I have see a forsaking that was necessary and beneficial to all and that is through Christ’s dying on the cross.

Yes! The true and living God  of the bible is a multifaceted spiritual being. He is the creator of all things and is known as the father of all creation. And, we human beings are more to Him than just creation for as the bible states, “What is man that you are mindful of him, or the son of man that you care for him. You made him a little lower than the angels and crowned him with glory and honour” Hebrews 2:6-7.

In keeping with what I really want to say, let me proceed to say that God loves us and He promises to never forsake us. He is called Abba, which is the Aramaic word for father. Jesus in the New Testament uses this to express His closeness with God. It is in His dying on the cross that His intimacy with God the father now becomes available to all of  mankind. When Jesus cried “Eloi, eloi, lama sabachthani”; My God my God why have you forsaken me”, He was not saying it out of ignorance of God’s plan, but knowing He was carrying the sins of the world, God was not with Him.

He knew that this had to be done because sin cannot dwell with God as seen in Psalm 5:4 “For You are not a God who delights in wickedness, neither shall evil dwell with You.” Was God cruel for this? Certainly not, “for He is fair and just in all His ways Deuteronomy 32:4. The lord also calls for sin to be punished Romans 6:23. It was the forsaking of sin in one (the Son of God) for the sake of mankind Romans 5:15, and so laying down His life, Jesus, bring us closer to God whom we can now call Abba! Our father who never abandons us even when we get running. 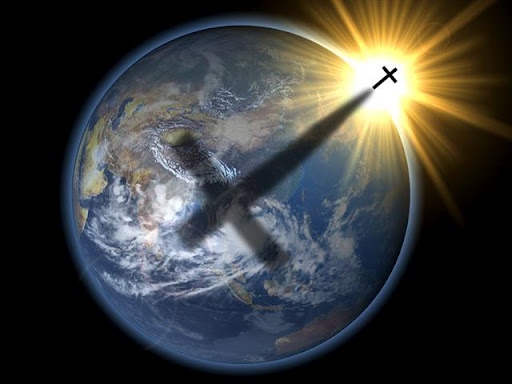