Why do we put our trust in man? Is it their visible nature? I guess one could agree that most people now have less value for God and all things relating to God. They use a lot of human reasoning, don’t they? They do this to justify things. What I’m really trying to say is that if they can see it they’ll believe it, so can it then be fair to say that we live in a faithless society? I say so.

Some who think they have faith have misplaced it completely . I mean come on science can only do so much. We must come to some realization that God, until he is ready to reveal himself to us is not physical be resides on a spiritual plain. He never fails so should we then not think Him amazing. If He in his somewhat ‘invisible state’ can move mountains, spoke you and I into existence and can do other profound things does this then not warrant  Him trust and devotion? 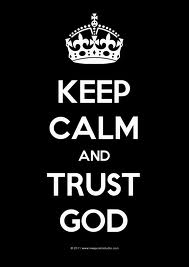 Our Super hero, who is unfathomably great and faultless is unlike other super heroes we’ve read about in comic books. He has no Kryptonite. If we should give Him one without trying to be blasphemous , can then we then say his love for us, an ungrateful bunch, but in all actuality it proves His greatness.

Where super man’s powers are limited, God’s powers are limitless.  I find it very strange that people seek to limit His powers, but how can you circumscribe the capabilities of a God who’s words have power. god really never loses and I’m sure from all the superhero comics and films made we’ve seen him lose. sure he always exacts his revenge but the way I see it is you have to lose to want to exact vengeance.

God’s got it under control. He knows when you’re in trouble even before you do. His word says ‘He knew you even before we were conceived’, and He is always willing and able to fix your problems. as long as you stick with Him, your villains would no longer be a problem. God doesn’t only put them in jail, He extinguishes the threat completely.

YOUR SINS ARE EXTINGUISHED!